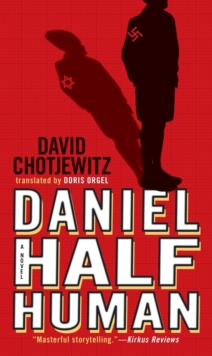 Atheneum Books for Young Readers
0689857489 / 9780689857485
Paperback
01/03/2006
Usually dispatched within 4 weeks
106 x 178 mm, 177 grams 336 pages
Quiz No: 213396, Points 9.00, Book Level 5.00,
Upper Years - Key Stage 3 Learn More
At the dawn of Hitler's rise to power in Germany in 1933 and a period of the most brutal, aggressive anti-Semitism the world has ever seen, two boys swear eternal brotherhood by slitting their wrists and mingling their blood. Having experienced so much together, even a night in jail after painting a swastika on a wall in the hated Communist section of Hamburg, Daniel and Armin had become the best of friends.

But then, with the scar on his wrist still healing, Daniel receives some life-altering news: He is half-Jewish, and as such, half-hated by a growing number of neighbors, teachers, and friends. Quickly, he decides to keep his identity a secret, conspiring with Armin to join the Hitler Youth -- but only one of them can, and will, join, with terrible consequences.