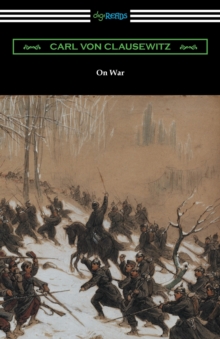 Carl von Clausewitz entered the Prussian military at the age of twelve as a Lance-Corporal and would go on to obtain the rank of Major-General. In "On War", Clausewitz draws upon his experiences fighting in the French Revolution and Napoleonic Wars, as well as his military studies at the "Kriegsakademie", or Prussian War Academy, which he would eventually become director of. Clausewitz employs a dialectical approach to military analysis, which leads to frequent modern misinterpretation. Described as both a realist and a romantic, Clausewitz argued that war could not simply be reduced to the logistics on the ground but rather called for rapid decision making by alert commanders responding to unexpected developments unfolding under the "fog of war". First published in 1832, "On War" is a mainstay of modern military colleges, a monumental work of military analysis and philosophy, which continues to be studied and interpreted to this day. This edition is printed on premium acid-free paper and follows the classic translation of Colonel J. J. Graham.