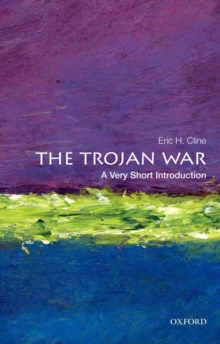 Homer's tale of the abduction of Helen to Troy and the ten-year war to bring her back to Greece has fascinated mankind for centuries since he related it in The Iliad and The Odyssey.

However, while the ancients themselves thought thatthe Trojan War took place and was a pivotal event in world history, scholars during the Middle Ages and into the modern era derided it as a piece of fiction.

This book investigates two major questions: did the Trojan War take place and, if so, where?

It ultimately demonstrates that a war or wars in the vicinity of Troy probably did take place in some way, shape, or form during the Late Bronze Age, thereby forming the nucleus of the story that was handed down orally for centuries until put into essentially final form by Homer.

However, Cline suggests that although a Trojan War (or wars) probably did take place, it was not fought because of Helen'sabduction; there were far more compelling economic and political motives for conflict more than 3,000 years ago. Aside from Homer, the book examines various classical literary sources: the Epic Cycle, a saga found at the Hittite capital of Hattusas, treatments of the story by the playwrights of classical Greece, and alternative versions or continuations of the saga such as Virgil's Aeneid, which add detail but frequently contradict the original story.