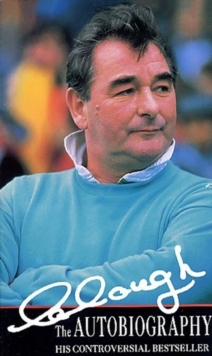 For the last three decades Brian Clough has been the most charismatic manager in football.

Funny, outrageous, sentimental, he stands out sharply from the bland men in suits.

Though his talent has earned him a fortune, he remains a working-class hero.

As a player he scored 251 goals in 274 League appearances - and would have scored more had a cruel injury not forced him to retire, As a manager his record was full of superlatives.

He took both Derby County and then Nottingham Forest out of the doldrums of the Second Division and made them world-beaters.

Tactically brilliant, Clough had an unmatched ability to motivate players.

He is the best manager England never had. Behind his back, they call him Old Big 'Ead. He has never been far from controversy, and some of his rows, particularly with his long-standing managerial partner Peter Taylor, are the stuff of tabloid legend.

Not so long ago he was televised running onto the pitch to wallop some unruly supporters.

Despite his outgoing nature, Clough has always guarded his privacy. At last he has decided to tell his full story: from terraced council house in Middlesbrough, to luxurious mansion in an exclusive suburb of Derby; from fitter to socialist millionaire.

He speaks of the influence of his strong, proud mother, his courtship and marriage to his wife Barbara, his children, particularly his goal-scoring son Nigel, and his health, which has been the subject of press speculation and concern.