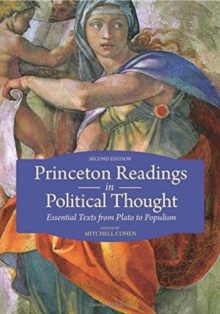 In addition to the majority of the pieces that appeared in the original edition, this new edition features exciting new selections from more recent thinkers who address vital contemporary issues, including identity, cosmopolitanism, global justice, and populism. Organized chronologically, the anthology brings together a fascinating array of writings-including essays, book excerpts, speeches, and other documents-that have indelibly shaped how politics and society are understood.