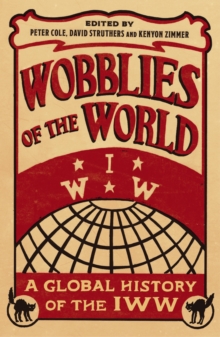 Wobblies of the World: A Global History of the IWW

Part of the Wildcat series

The Industrial Workers of the World is a union unlike any other.

Founded in 1905 in Chicago, it rapidly gained members across the world thanks to its revolutionary, internationalist outlook.

By using powerful organising methods including direct-action and direct-democracy, it put power in the hands of workers.

This philosophy is labeled as 'revolutionary industrial unionism' and the members called, affectionately, 'Wobblies'.

This book is the first to look at the history of the IWW from an international perspective.

Bringing together a group of leading scholars, it includes lively accounts from a number diverse countries including Australia, Canada, Mexico, South Africa, Sweden and Ireland, which reveal a fascinating story of global anarchism, syndicalism and socialism.

Drawing on many important figures of the movements such as Tom Barker, Har Dayal, Joe Hill, James Larkin and William D. &quoteBig Bill&quote Haywood, and exploring particular industries including shipping, mining, and agriculture, this book describes how the IWW and its ideals travelled around the world.