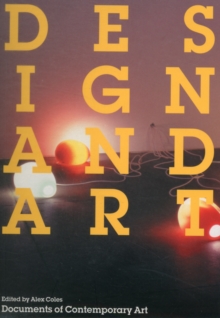 Part of the acclaimed 'Documents of Contemporary Art' series of anthologies. This title comprehensively surveys and looks beyond the phenomenon of "designart" that has emerged since the Pop and Minimalist era: cutting edge, hybrid practices that blur traditional boundaries between art, architecture, graphics and product design.