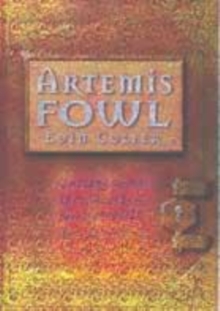 Twelve-year-old villain, Artemis Fowl, is the most ingenious criminal mastermind in history.

His bold and daring plan is to hold a leprechaun to ransom.

But he's taking on more than he bargained for when he kidnaps Captain Holly Short of the LEPrecon (Lower Elements Police Reconnaissance Unit).

For a start, leprechaun technology is more advanced than our own.

Add to that the fact that Holly is a true heroine and that her senior officer Commander Root will stop at nothing to get her back and you've got the mother of all sieges brewing!

If you had to describe this book in one sentence, then it would have to be: Artemis Fowl - Die Hard with fairies.