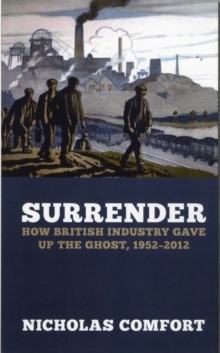 When Queen Elizabeth II came to the throne in 1952, the talk was of a New Elizabethan Age of British economic and technological achievement founded on the fruits of ground-breaking wartime research and backed by the financial might of the City.

Britain was about to launch the world's first jet airliner.

She was on the verge of becoming the first nation to generate nuclear power.

She was a close second to the United States in the development of the computer.

Her factories were working flat out producing the cars, ships, buses, lorries, aircraft, electrical goods, clothes, chemicals and construction materials demanded by a society on the verge of prosperity after the pain of rationing and post-war reconstruction. One half of the working population was employed in manufacturing, from massive plants to tiny workshops; unemployment was negligible. Sixty years on the picture is unrecognisable. Most of our industries have disappeared, while those of our competitors have flourished.

We have lost most of our export markets and many goods essential to our economy have to be imported. In The Slow Death of British Industry, Nicholas Comfort looks at how this happened and illustrates a cautionary tale that is at once complex and dramatically simple.