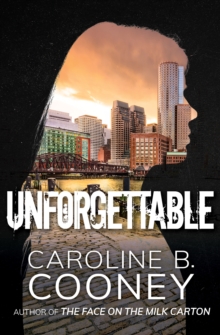 By: Cooney, Caroline B.

Part of the Point series

Open Road Media
1480442623 / 9781480442627
eBook (EPUB)
813.54
29/10/2013
Available
England
English
168 pages
Copy: 10%; print: 10%
Description based on print version record. Originally published: U.S.: Scholastic, 1994.
In bestselling author Caroline B. Cooney’s twisting tale of mystery and intrigue, a teenager loses her memory—only to find a new life that may not be hers
After her previous boring, small-town life on a farm, a seventeen-year-old finds the bustling city of Boston a fascinating, wondrous place—until she becomes both witness to and victim of a shocking crime . . . and loses her memory.
She has no pocketbook, no wallet—nothing to tell her who she is. And now, a total stranger in an expensive suit claims to be her father. He says her name is Hope and that they live in a posh hotel. Suddenly, she has a trust fund and a family, including a cousin named Kaytha who acts as if they’ve known each other forever.
The only one who’s skeptical is gorgeous college student Mitch McKenna. And when his friend Susan is abducted, the chilling pieces start falling into place. Now a girl called Hope is the target of a dangerous international conspiracy. Pursued by ruthless criminals, she’ll be lucky if she escapes with her life.
Caroline B. Cooney ratchets up the suspense in this spellbinding story you’ll never forget.