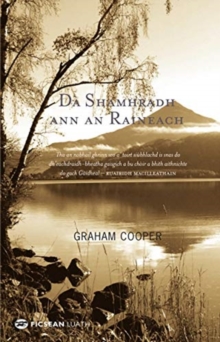 Da Shamhradh ann an Raineach is a historical novel written in Scottish Gaelic.

It is set in 18th century Edinburgh and rural Perthshire, 20 years after the Battle of Culloden, a time of rapid social change and development in areas such as medicine, printing, the Church, the Gaelic language and agriculture. The novel is based on the facts that are known of the life of Dugald Buchanan, the poet and schoolteacher who made a major contribution to the first translation of the New Testament into Gaelic from the original Greek.

He oversaw the printing of the New Testament in Edinburgh in 1767, the same year in which his own book of Spiritual Songs was published.

These poems were to become enormously influential throughout the Gaelic speaking world. The greater part of the novel describes the last two years of his life and is narrated by his wife, Margaret.

She outlived him by over 40 years and was in a position to look back over the tragic events which had struck the Buchanan family.

As a result, the story ultimately becomes her own as much as that of Dugald.