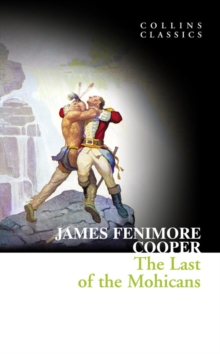 HarperCollins is proud to present its range of best-loved, essential classics. 'Death and honour are thought to be the same, but today I have learned that sometimes they are not.' Set in frontier America in the midst of the French-Indian war, as the French are attempting to overthrow an English fort, Cooper's story follows Alice and Cora Munro, pioneer sisters who are trying to find their way back to their father, an English commander.

Guided by an army major and Magua, an Indian from the Huron tribe, they soon meet Hawk-eye, a frontier scout and his Mohican Indian companions Chingachgook and Uncas. Magua is not all that he seems and the sisters are kidnapped.