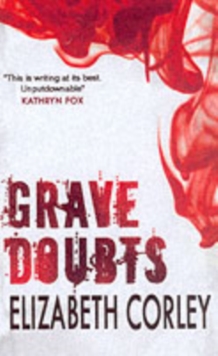 'He was only a pupil, learning from a master who was uncompromising about the rules of the game he had invented.

Normally he obeyed them, but with her the temptation had been too strong.

Otherwise he was an adept pupil, becoming more skilled every time.

This one would be his best, he was certain. Perhaps tonight he might...even...kill her.' Viciously attacked by a serial rapist, intent on murder, Sergeant Louise Nightingale is recovering from her ordeal, relieved that the psychopath has been put behind bars for a very long time.

Escaping to a remote family home for a well-earned rest, she is unaware that her attacker is only the student of a much more deadly opponent; a nameless, faceless terror who is intent on proving his prowess on the killing field.

Leaving a trail of bodies in his wake, it soon becomes clear that she is the killer's ultimate goal - and he will not rest until he can exact his cruel and calculated revenge.

Desperately trying to find Nightingale before the killer does, DCI Andrew Fenwick wonders if her continued silence means he is already too late...