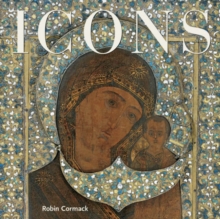 When Matisse thus expressed his admiration for icons, upon a visit to Russia in 1911, he echoed the sentiments of viewers down the centuries.

These painted panels made for Byzantine and Orthodox churches and as aids to prayers at home are perhaps the most effective and enduring form of religious art ever developed, and also perhaps one of the most mysterious.

The peaceful, clear imagery found within them can be appreciated on both a religious and a secular level.

This engaging book looks at icons in the context of the history of Christianity, examining all aspects of the production and power of this distinctive art form.

Through numerous colour illustrations, it investigates their subject matter, showing how scenes can be identified, how the iconography developed over the centuries, and the role of portraiture.

The ways in which icons were made, framed and displayed are also explored, based on an analysis of examples from the British Museum that have been carefully studied by restorers.

The Museum's entire collection of around 100 icons, unmatched in Britain, is illustrated here in colour.

The title has been replaced.To check if this specific edition is still available please contact Customer Care +44(0)1482 384660 or schools.services@brownsbfs.co.uk, otherwise please click 9780714128337 to take you to the new version.