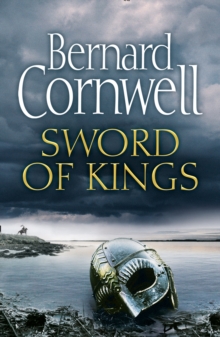 Part of the The Last Kingdom Series series

THE INCREDIBLE NEW NOVEL FROM THE GLOBALLY BESTSELLING AUTHOR Uhtred of Bebbanburg is a man of his word. An oath bound him to King Alfred.

An oath bound him to AEthelflaed. And now an oath will wrench him away from the ancestral home he fought so hard to regain.

For Uhtred has sworn that on King Edward's death, he will kill two men. And now Edward is dying. A violent attack drives Uhtred south with a small band of warriors, and headlong into the battle for kingship.

Plunged into a world of shifting alliances and uncertain loyalties, he will need all his strength and guile to overcome the fiercest warrior of them all. As two opposing Kings gather their armies, fate drags Uhtred to London, and a struggle for control that must leave one King victorious, and one dead.

But fate - as Uhtred has learned to his cost - is inexorable.

Wyrd bid ful araed. And Uhtred's destiny is to stand at the heart of the shield wall once again...