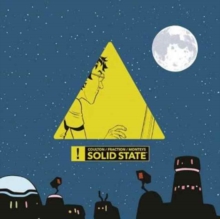 Two guys, connected by a name and hundreds ofyears, somehow stand at the end of man's beginning, and the beginning of man'send.

But...it's funny? Also kind of a nightmare. But mostly funny? A funnyscience-FACTion nightmare about the end of everything, but how that's all kindof okay.