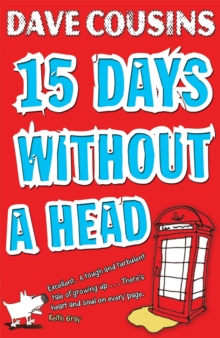 15 days without a head

15 days without a head

Fifteen-year-old Laurence Roach just wants a normal life, but it's not easy when your mum is a depressed alcoholic, and your six-year-old brother thinks he's a dog.

When Mum fails to come home one night, Laurence tells nobody, terrified he and his brother will be taken into care if anyone finds out.

Instead, he attempts to keep up the pretence that Mum is still around: dressing up in her clothes to trick the neighbours and spinning an increasingly complicated tangle of lies.

After two weeks on their own, running out of food and money, and with suspicious adults closing in, Laurence finally discovers what happened to his mother. And that's when the troublereally starts . . . A compelling thriller filled with some hilarious and surreal moments.

Fifteen Days Without a Head is a tender, honest story about family, forgiveness and hope.