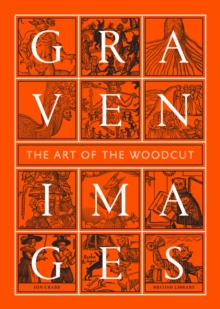 Graven images : the art of the woodcut

The invention of the printing press led to an explosion of cheap printed materials in the sixteenth and seventeenth centuries.

Ballads were no longer confined to the soapbox. Mass communication was now possible. The broadsides pasted on walls and disseminated among the masses, together with the written ballads hawked at street corners, represented the zeitgeist of popular culture in early modern Europe.

Frequently designed in 'blackletter' gothic type and accompanied with distinctive woodcut illustrations, this dynamic, lively form encompassed the obsessions and characteristic humour of the times.

This beautifully designed book with a foreword by Reece Shearsmith highlights some of the most striking and amusing examples from the British Library's collections and provides brief commentary on the political and social background of the times.