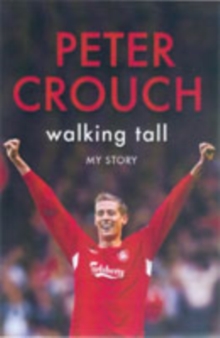 At 6ft 7" England's hugely popular striker 'Crouchy', as Peter Crouch is fondly dubbed by fans, was always going to stand out from the crowd.

In 2006, he made it into the record books for more than just being the national squad's tallest ever player, however - his extraordinary scoring ability saw him become the first England player to score 10 goals in a calendar year.

Crouch has suffered intense media scrutiny throughout his career, particularly during his first months at Liverpool.

Not one to buckle under pressure though, he demonstrated great tenacity by making himself a crucial member of the Reds and the England squad.

First capped for the England Under-20 team in 1999, he earned his call-up to the senior England squad in 2005 when Sven-Goran Eriksson selected him for the tour of the United States of America.

One of the few success stories to come out of England's 2006 World Cup performance, he's become a steady fixture on the team, crucially surviving the change of management to Steve McLaren.

Crouch's incredible scoring record and all-round ability, along with his now legendary robot dance celebration, have made him a hero to England fans.In "Walking Tall", he reflects on his remarkable journey to the top.