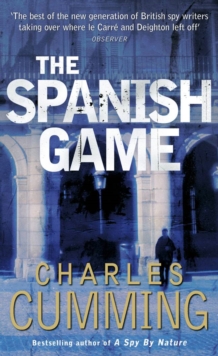 In exile, in danger, on the run, for six years Alec Milius has been trying to escape his past.

But his past refuses to release him. Abandoned by MI6 after a disastrous operation with the CIA, Milius has slowly rebuilt his life in Madrid: he has a flat, a job - and a relationship with the wrong woman.

Older and wiser than the young spy who first caught the eye of British Intelligence, Milius still has a talent for deception and a fatal weakness for secrets.

So when a prominent politician disappears in suspicious circumstances he can't resist tracking him down.

But the rules have changed. Alec is now working alone outside the boundaries of any official agency.

Paranoid and expendable, he soon becomes vulnerable to the ruthless duplicities of the secret world.

He can trust no one. But as he comes face to face with the nightmare of modern terror, Alec is given one last chance for redemption.