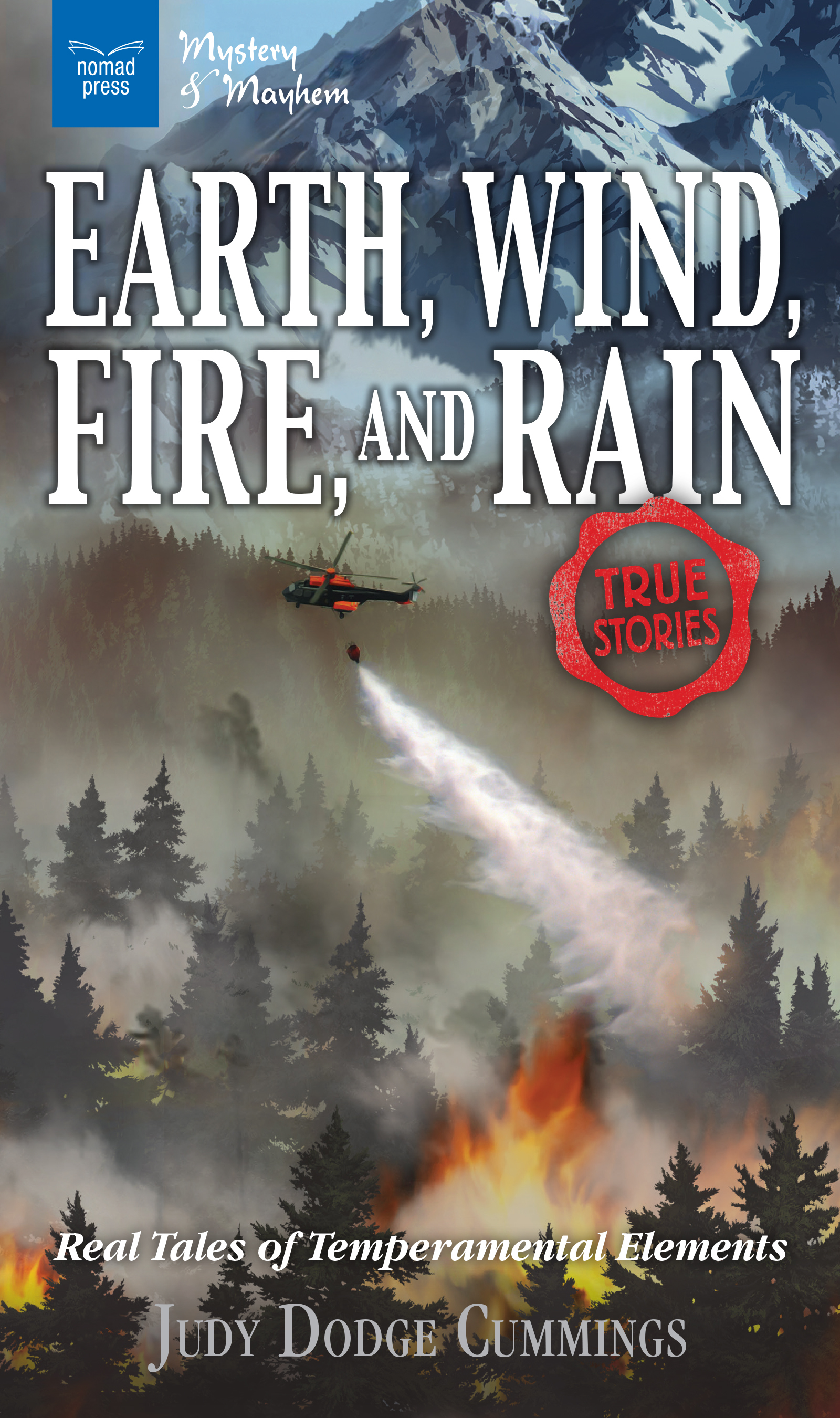 Part of the Mystery & Mayhem series

We might think humans have control over our environment, but Mother Nature has proven us wrong again and again. Earth, Wind, Fire, and Rain: Real Tales of Temperamental Elements tells the story of five of America's deadliest natural disasters that were made worse by human error, ignorance, and greed.

For example, in the fall of 1871, loggers and farmers chopped trees and burned brush in the vast forest around Peshtigo, Wisconsin.

Fire was a tool they believed they could control. But on October 8, 1 million acres burned in the deadliest fire in American history.

Then, two devilish storm fronts collided in what was called the Great White Hurricane.

The blizzard brought New Yorkers to their knees and unprepared city leaders were powerless to help. Powerless too were the residents of Johnstown, Pennsylvania, on May 31, 1889.

A private club of wealthy businessmen owned a dam upriver from Johnstown.

The club modified the dam to improve recreation on their private lake, but these changes weakened the structure.

When heavy rains fell, the dam burst, flooding Johnstown with 20 million tons of water. Residents of San Francisco had no warning when a massive earthquake struck on April 18, 1906.

Years of political corruption had underfunded the fire department, leaving it without the equipment or training to quench the inferno, and San Francisco burned.

In the 1920s, farmers transformed the dry, windy southern Plains by digging up the buffalo grass and planting millions of acres of wheat.

But nature fought back by turning this breadbasket into a Dust Bowl.

On April 14, 1935, Black Sunday, a 200-mile cloud of dirt buried fields, livestock, and people. Peoples' choices did not cause these disasters, but they did give the forces of nature an extra nudge.

But remember-no one can control nature. So be prepared to get out of the way when disaster strikes. This is the tenth book in a series called Mystery & Mayhem, which features true tales that whet kids' appetites for history by engaging them in genres with proven track records-mystery and adventure.

History is made of near misses, unexplained disappearances, unsolved mysteries, and bizarre events that are almost too weird to be true-almost!

The Mystery and Mayhem series delves into these tidbits of history to provide kids with a jumping off point into a lifelong habit of appreciating history. The five true tales told within Earth, Wind, Fire, and Rain are paired with maps, photographs, and timelines that lend authenticity and narrative texture to the stories.

These nonfiction narratives use clear, concise language with compelling plots that both avid and reluctant readers will be drawn to. Nomad Press books in the Mystery & Mayhem series introduce readers to historical concepts and events by engaging them in an extremely popular genre-real-life adventure and mystery.

Readers ages 9 to 12 are fascinated with the strange-but-true tales that populate history, and books in this series offer compelling narrative nonfiction paired with concise language that appeals to both voracious and reluctant readers.

Nomad's unique approach to the study of history uses tantalizing tales based in factual knowledge that encourage a lifelong curiosity in the historical events that shape our world. Titles in the series include: Pirates and Shipwrecks; Survival; Weird Disappearances; Daring Heists; Rebels & Revolutions; Great Escapes; Tomb Raiders; Eruptions and Explosions; Epidemics and Pandemics; and Earth, Wind, Fire, and Rain.