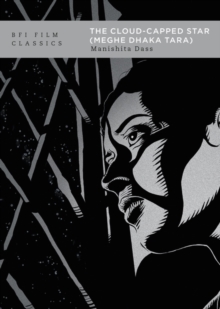 Ritwik Ghatak's The Cloud-Capped Star (Meghe Dhaka Tara, 1960) has been hailed as 'one of the great classics of world cinema' (Adrian Martin), and 'one of the five or six greatest melodramas in cinema history' (Serge Daney).

A striking blend of modernist aesthetics and melodramatic force, it is arguably the best-known film by Ghatak, widely considered to be one of the most original, politically committed, and formally innovative film-makers from India.

The film's focus on a family uprooted by the Partition of India and its powerful exploration of displacement and historical trauma gives it a renewed relevance in the midst of a global refugee crisis. Manishita Dass situates the film in its historical and cultural contexts and within Ghatak's film-making career, and connects it to his theatrical work and his writings on film and theatre.

Her close reading of the film locates its emotional and intellectual power in what she describes as its 'cinematic theatricality,' and brings into focus Ghatak's modernist experiments with melodramatic devices, his deliberate departures from cinematic realism, and distinctive use of sound and music.

The book draws on extensive archival research, excavates new layers of meaning, and offers fresh insights into the cosmopolitan cinematic sensibility of a director described as 'one of the most neglected major film-makers in the world' (Jonathan Rosenbaum).