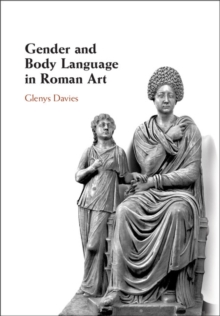 By: Davies, Glenys (University of Edinburgh)

Can we reconstruct Roman body language? Was it the same as ours? Does body language express and reinforce gender differences and the relative positions of men and women (dominant/subordinate) in society?

Can analysis of the postures and gestures of Roman statues add to our understanding of gender in the Roman world?

In this book, Glenys Davies explores these questions.

Using studies on body language in modern Western societies, Roman literary sources, as well as her own analysis of statues of Roman men and women in an array of guises - nude, draped, standing, seated and represented together - she offers a nuanced and complex picture of gender relations.

Her study shows that gender relations in the notoriously patriarchal society of Ancient Rome were not so different from what we experience today.

Her book will be of interest to scholars of the classical world, gender history, art history, and body language in its social context.