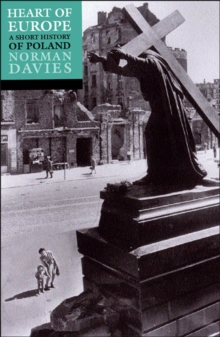 Heart of Europe : the past in Poland's present

The image of Poland has once again been impressed on European consciousness.

Norman Davies provides a key to understanding the modern Polish crisis in this lucid and authoritative description of the nation's history.

Beginning with the period since 1945, he travels back in time to highlight the long-term themes and traditions which have influenced present attitudes.

His evocative account reveals Poland as the heart of Europe in more than the geographical sense.

It is a country where Europe's ideological conflicts are played out in their most acute form: as recent events have emphasized, Poland's fate is of vital concern to European civilization as a whole.

This revised and updated edition tackles and analyses the issues arising from the fall of the Eastern Block, and looks at Poland's future within a political climate of democracy and free market.