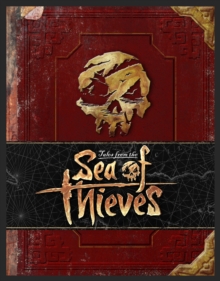 Tales from the sea of thieves

A lavishly illustrated introduction to the world of Rare's highly anticipated game Sea of Thieves, home to krakens, mermaids and buried treasure. Narrated by three unique pirate captains the book will take a look at the world through their eyes.

From laughable pirate suspicions to the towns and islands these hardened seafarers call home, they'll introduce and explore the fantastical Sea of Thieves, home to krakens, mermaids and buried treasure.

Including sea shanties, illustrations and sketches by the pirates and their crew, and much more, the book will immerse you in the world of Sea of Thieves.

As an artifact fished straight from within the game universe, it features all the wear and tear expected from a grog-swilling pirate's life. Sea of Thieves is an open world pirate adventure, where you can join a crew of friends online to sail the high seas, fight other ships and see where the tide takes you.