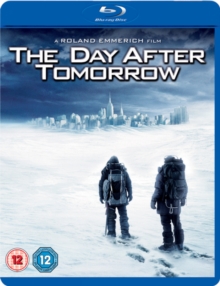 The Day After Tomorrow

Mega-budget, special-effects packed action adventure sci-fi epic directed by Roland Emmerich (Independence Day, Stargate), in which global warming and the greenhouse effect have given rise to abrupt climate change - with cataclysmic consequences for the entire planet.

Dennis Quaid stars as Professor Adrian Hall, a paleoclimatologist who is fighting to save the world from a second ice age and all the natural disasters that herald it: floods, hurricanes, earthquakes and tornadoes to name but a few.

But first, Hall must complete a more personal mission: his son Sam (Jake Gyllenhaal) is stranded in New York City where he was taking part in a school competition when the catastrophe began.

As well as facing a perpetual onslaught of natural catastrophes, Hall must fight his way through the mass of humanity fleeing south into warmer climes... but can he reach his son in time to save him?