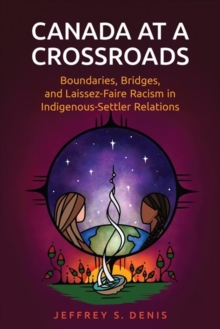 Canada at a Crossroads : Boundaries, Bridges, and Laissez-Faire Racism in Indigenous-Settler Relations

After tracing settlers' sense of group superiority and entitlement to historical and ongoing colonial processes, Denis illustrates how contemporary Indigenous and settler residents think about and relate to one another.