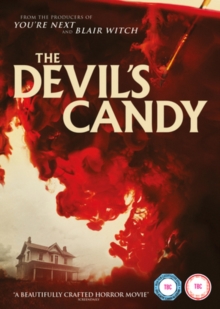 A young man living in his rural home in Texas begins to hear a sinister voice echoing around him.

As the voice grows louder he tries to drown it by playing his electric guitar.

Waking his mother with the loud noise, she tells him to stop but the demonic voice inside her son takes over and forces him to murder both of his parents.

Some time later, Jesse and Astrid Helleman (Embry and Appleby) move into the house with their daughter Zooey (Glasco).

Though comfortable at first, it's not long before Jesse is plagued by the same otherworldly voice that possessed the house's previous occupant.

While under the spell of the voice, artist Jesse begins to create more and more disturbing paintings, and things take an even more sinister turn when the voice's previous victim returns to his old home.