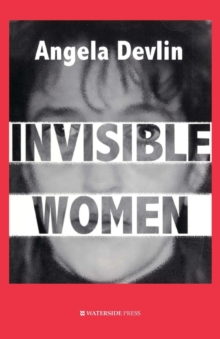 More and more women are being sent to prison - 1998 saw the biggest increase since World War II.

Though the media focuses on high profile prisoners, most women become "invisible" as soon as they pass through the prison gates and are subsumed into a world that is predominantly male and insensitive to their quite different needs.

In this book, the author recreates the realities of prison life for women at the end of the 20th century, lifting the lid on women's prisons.

The author spent five years visiting twelve of the 16 prisons that take women, interviewing female prisoners and, more unusually, those whose job it is to care for them - prison officers, education, probation and healthcare staff, chaplains and counselors.In a book that is deliberately accessible to the general reader as well as to the prison professional, she vividly recreates the realities of prison life for a woman at the end of the twentieth century, as conditions worsen with overcrowding, staff shortages and expenditure cuts. Some of Devlin's findings will shock as well as inform: she describes the over-use of medication as a means of control; the violence resulting from drug misuse; the plight of ethnic minority and foreign national women, and the self-mutilation and suicide attempts of female prisoners in desperate need of help. "Invisible Women" is a comprehensive and graphic update on the current state of women's prisons in England and Wales.

It enables readers - especially people who have never set foot inside a prison - to 'see' the invisible women behind the bars.

Since the book's publication in 1998, it has become something of a classic and is required or recommended reading on many college and practitioner courses.