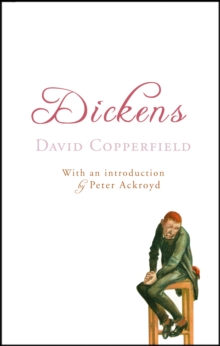 By: Dickens, Charles,  Ackroyd, Peter(Introduction by)

Cast out by his cruel stepfather to the brutal boarding school Salem House, young David Copperfield quickly learns that he must fight for a better life.

After discovering his mother has died while he has been away, David is left all alone in the world and is sent to work in his stepfather's factory.

He decides his only option is to run away. He escapes London and finds his way to Dover. Once there he hopes to be taken in by his only known relative, his eccentric Aunt Betsy Trotwood.

But will he ever be able to find the love and security he needs?