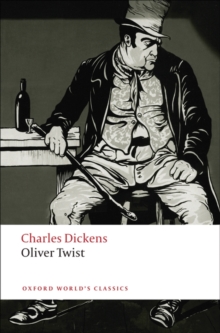 The new Oxford World's Classics edition of Oliver Twist is based on the authoritative Clarendon edition, which uses Dickens's revised text of 1846. It includes his preface of 1841 in which he defended himself against hostile criticism, and includes all 24 original illustrations by George Cruikshank. Stephen Gill's groundbreaking Introduction gives a fascinating new account of the novel.

He also provides appendices on Dickens and Cruikshank, on Dickens'sPreface and the Newgate Novel Controversy, on Oliver Twist and the New Poor Law and on thieves' slang.