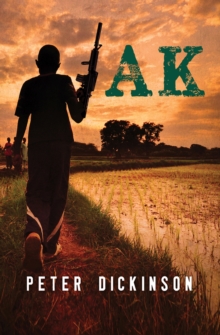 A former child soldier tries to learn the ways of peace in an African nation in this "rip-roaring adventure story" by a Carnegie Medal winner (Publishers Weekly). Paul remembers nothing from before the conflict. Twelve years old, he is no longer a child. He is a warrior-one of a handful of elite commandos who live only to fight the corrupt government of Nagala.

He has no family but the boys who fight beside him, and he owns nothing but his AK-47 rifle.

This is the only life he has ever known, and it is one he understands-right until the day the standoff ends and his life changes forever. Paul buries his AK and heads north to attend school and attempt to live life as just another child.

But at night, the battlefield consumes his dreams. When a rogue faction stages a coup in the capital and Paul's adoptive father is put in prison, the boy turns into a warrior once more.

It is too late for him to have a childhood, but Paul will do whatever it takes to guarantee himself a future. From the author Philip Pullman called "one of the real masters of children's literature," this is an extraordinary novel for readers of all ages, a winner of the prestigious Whitbread Award in which "Dickinson deals intelligently with vital issues, devises potent symbols with his usual skill, and offers much to discuss in a vivid and compelling setting" (Kirkus Reviews). This ebook features an illustrated personal history of Peter Dickinson including rare images from the author's collection.