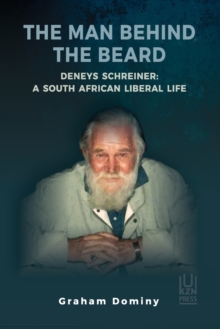 The Man Behind the Beard Deneys Schreiner : A South African Liberal Life

Deneys Schreiner was one of an illustrious family that produced a world-famous author (his great-aunt Olive); a prime minister of the Cape Colony (his grandfather, W.P, who also defended a Zulu prince against specious charges in a colonial court); and Appellate Justice O.D.

Schreiner, his father, who fought against National Party efforts to remove coloured people from the common voters' roll.

Deneys was an academic, a scientist and a man of strong liberal principles, with a good sense of humour and widespread interests in the sciences, arts and public affairs.

These qualities enabled him, in his quiet, steady way, to transform what was then the University of Natal and the society around it.

Between the 1960s and 1980s, he supported and initiated several important endeavours to promote constitutional futures other than those imposed by the apartheid government.

One of the most significant of these was the Buthelezi Commission, which he chaired.

This biography sets out the contexts of Deneys's forebears, his youth, wartime service, studies in Britain and America, family life, and tenure as vice principal, as well as the context of the times in which he lived.

It is based on extensive archival research, supported by interviews with family members, former colleagues, friends and journalists.

The picture that emerges is of a man who made a great contribution to the struggle for democracy in South Africa. And then there is the story of his beard, once described as a potent symbol of his presence and implacable integrity.