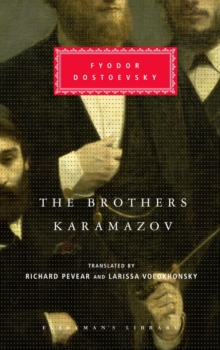 A magnificent new translation of Dostoevsky's masterpiece, which when first published in 1991 was described by the TIMES as 'a miracle' and by THE INDEPENDENT as a near 'ideal translation'.

The BROTHERS KARAMAZOV - Dostoevsky's most widely read novel - is at once a murder mystery, a mordant comedy of family intrigue, a pioneering work of psychological realism and an unblinking look into the abyss of human suffering.