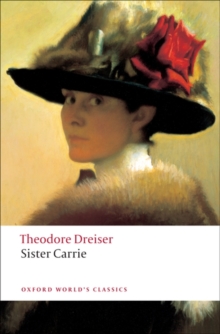 `When a girl leaves her home at eighteen, she does one of two things.

Either she falls into saving hands and becomes better, or she rapidly assumes the cosmopolitan standard of virtue and becomes worse.' The tale of Carrie Meeber's rise to stardom in the theatre and George Hurstwood's slow decline captures the twin poles of exuberance and exhaustion in modern city life as never before.

Scott Fitzgerald, Saul Bellow, and Joyce Carol Oates. This edition uses the 1900 text, which is regarded as the author's final version.