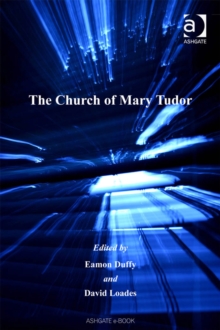 The church of Mary Tudor

The reign of Queen Mary is popularly remembered largely for her re-introduction of Catholicism into England, and especially for the persecution of Protestants, memorably described in John Foxe's Acts and Monuments.

Mary's brief reign has often been treated as an aberrant interruption of England's march to triumphant Protestantism, a period of political sterility, foreign influence and religious repression rightly eclipsed by the happier reign of her more sympathetic half-sister, Elizabeth.