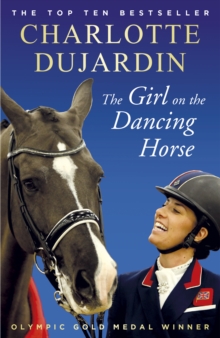 The girl on the dancing horse

It's a sound I will never, ever forget."Charlotte Dujardin and her charismatic horse Valegro burst onto the international sports scene with their record-breaking performance at the London, 2012 Olympics.

The world was captivated by the young woman with the dazzling smile and her dancing horse. But no one quite knew what it took to get there, nor how hard the path to success would be - until now.

Dujardin began riding horses at the age of two, but dressage was firmly the domain of the wealthy, not the life of a girl from a middle-class family.

Her parents sacrificed all and with a undeterred focus, Charlotte left school at 16 to follow her dream.

When she was invited to be a groom for the British Olympian Carl Hester, she began to ride Valegro, a dark bay gelding and an unbreakable bond was formed.

This is their incredible story.