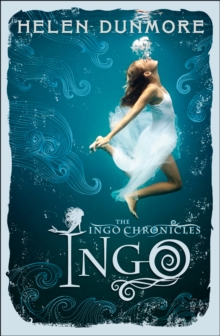 Part of the The Ingo chronicles series

Stunning reissue, in beautiful new cover-look, of this magical and award-winning novel - the first of the spellbinding Ingo Chronicles... Once there was a man who fell in love with a mermaid.

He swam down into the sea to be with her, and was never seen again... Sapphire's father told her that story when she was little.

When he is lost at sea she can't help but think of that old myth: she's convinced he's still alive. Then, the following summer, Sapphy meets Faro, an enigmatic and intriguing Mer boy.

Diving down into Ingo, she discovers a world she never knew existed, where she must let go of all her Air thoughts and embrace the sea... But not only is Sapphy intoxicated by the Mer world, she longs to see her father once more. And she's sure she can hear him singing across the water: "I wish I was away in IngoFar across the briny sea..."