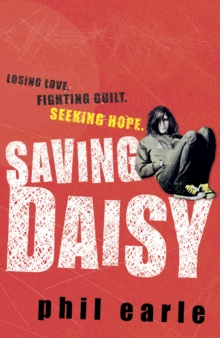 Her dad refuses to talk about it. As far as Daisy's concerned, it's all her fault. As her life starts to spiral out of control, panic leads to tragedy and Daisy's left alone. But sometimes the kindness of a stranger can turn things around.

A stranger who desperately wants to save Daisy - if she'll only let herself be saved . . . A powerful and moving story linked to Phil Earle's critically acclaimed debut book, Being Billy. Praise for Being Billy:'A wonderful book' - Morris Gleitzman'Phil Earle writes starkly but sensitively in this brilliant page-turning novel.

It moved me to tears' - Jacqueline Wilson'This may be the most authoritative, honest and moving account of children trapped in the care system to date' - Keith Gray, Scotsman'life-affirming, redemptive, and really just rather good' - Marcus Sedgwick, Guardian'Moving and powerful, I loved it' - Sophie McKenzie'Being Billy was a total page-turner - authentic and gritty.