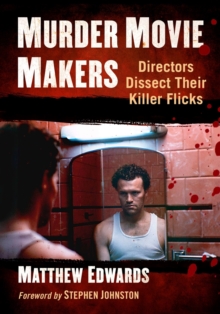 Since the 1970s, hundreds of films and television movies have been made covering killer from Charles Manson to Ted Bundy and the Zodiac Killer creating a uniquely morbid sub-genre within horror and thrillers. This collection of interviews sheds light on 17 filmmakers and screenwriters who tackled this controversial subject while attempting to explore the warped world of infamous killers.

Offering candid insights into the creative process behind these movies, the interviews also show the pitfalls and moral controversy the filmmakers had to wrestle with to bring their visions to the screen.