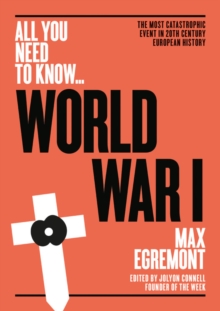 For many, before 1914, a huge European war had seemed impossible.

Conflicts in the Balkans flared up yet stayed contained.

The Belgian historian Henri Pirenne wrote to a friend in December 1905: "Do you really believe in the possibility of a war?

For me it is impossible to have the least fear in that regard." In March 1912, the British peer Lord Esher - an authority on defence matters - told an audience of Britain's senior Generals that war "becomes every day more difficult and improbable".

After all, what could be gained by war? In 1909, the British writer Norman Angell claimed that with the increasing interdependence of nations war could not benefit the victor.

All participating countries would be impoverished; the idea of victory was a "great illusion". In this short guide Max Egremont looks at controversies which have raged over the years.

What caused the war? Who should be blamed for its outbreak? Should Britain have joined in and, after it did, were its soldiers really, as has been claimed, "lions led by donkeys"?

What was America's role? And was the final peace settlement as fair and sensible as possible in the circumstances or, by humiliating Germany, did the Allies pave the way to a Second World War, a truly global conflict which turned out to be even bloodier and more destructive than the First?