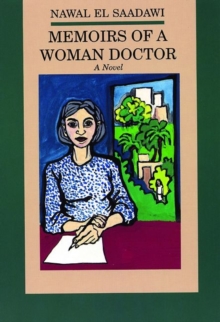 Memoirs of a Woman Doctor

Rebelling against the contraints of family and society, a young Egyptian woman decides to study medicine, becoming the only woman in a class of men.

Her encounters with the other students mdash; as well as the male and female corpses in the autopsy room ï¿½ intensify her dissatisfaction with and search for identity.

She realizes men are not gods as her mother had taught her, that science cannot explain everything, and that she cannot be satisfied by living a life purely of the mind.After a brief and unhappy marriage, she throws herself into her work, becoming a successful physician, but at the same time, she becomes aware of injustice and hypocrisy in society.

Fulfillment and love come to her at last in a wholly unexpected way.". . . Memoirs of a Woman Doctor by Nawal el Saadawi, one of the leading Egyptian feminist writers, reveals the contradictions embedded in women's self-oppressive struggle against patriarchy." ï¿½ Khadidiatau Gueye, Research in African Literatures (Indiana University Press)Nawal el Saadawi, born in 1931 in Kafr Tahla, Egypt, is an Egyptian physician, psychiatrist, author, and activist.

In 2004 she won the North-South Prize from the Council of Europe.

In 2005 she won the inana International Prize in Belgium.

In 2010 she won the Sean MacBride Peace Prize from the International Peace Bureau.

She has written and published other novels, memoirs, plays, non-fiction, and short stories including Woman at Point Zero , The Hidden Face of Eve, and The Fall of the Imam.