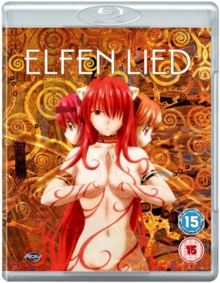 All 13 episodes of the anime based on Lynn Okamoto's manga.

Born with a rare genetic mutation, Lucy (voice of Sanae Kobayashi) is what is known as a 'Diclonius'.

Easily distinguished by the small horns on her head, Lucy possesses a more sinister ability: an array of telekinetic appendages capable of tearing people limb from limb.

These traits have resulted in Lucy being the victim of capture and experimentation by the military and when she senses an opportunity to escape, she carves a gruesome path to freedom through her captors.

In her escape however she suffers a trauma which reduces her mentality to that of a five year old child.

She is found and taken in by two youngsters but she cannot remain hidden forever.