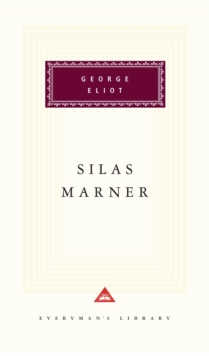 By: Eliot, George,  Ashton, Rosemary(Introduction by)

When SilasMarner is wrongly accused of crime and expelled from his community, he vows to turn his back upon the world. He moves to the village of Raveloe, where he remains an outsider and an object of suspicion until an extraordinary sequence of events, including the theft of his gold and the appearance of a tiny, golden-haired child in his cottage, transforms his life. Part beautifully realized rural portraiture and part fairy tale, the story of Marner's redemption and restoration to humanity has long been George Eliot's most beloved and widely read work.

The isolated, misanthropic, miserly weaver Silas Marner is one of George Eliot's greatest creations, and his presence casts a strange, otherworldly glow over the moral dramas, both large and small, that take place in the pastoral landscape that surrounds him.