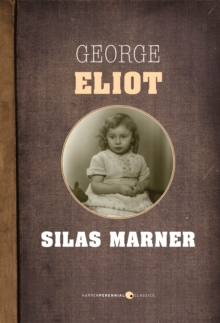 Silas Marner, a weaver in the slum of Lantern Yard, stands falsely accused of stealing funds from his small Calvinist congregation.

His life in tatters, Silas flees south and settles near the village of Ravenloe, only to have his life disrupted again when a local scoundrel, Dunsey Cass, steals his small fortune.

It is only after becoming the guardian of an orphaned child that Silass luck begins to change as he is transformed from an embittered man into one capable of love and forgiveness, with the means for spiritual rebirth and redemption from his ruinous past.In Silas Marner George Eliot subtly critiques the impacts of industrialization, the role of the upper class and the function of organized religion.

The work has been adapted many times, most notably by the BBC with Ben Kingsley portraying Silas Marner.HarperPerennial Classics brings great works of literature to life in digital format, upholding the highest standards in ebook production and celebrating reading in all its forms.