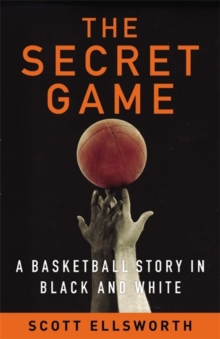 The secret game : a basketball story in black and white

In 1944, Durham, NC, was home to two of the best college basketball teams in the country: the all-white Duke University Medical School team and the North Carolina College for Negroes.

The teams were both nearly unbeatable in their respective leagues and knew of each other's successes on the court.

But in segregated North Carolina, where blacks weren't even allowed to ride white buses, black colleges certainly didn't play basketball against white ones. But the competitive nature of the coaches and players overrode social taboos of the time, and in a highly charged and clandestine game, the two teams squared off.

The coaches signed an agreement to keep the event confidential, the doors of the gym were locked from the inside, and the two teams squared off in an unofficial - but with a clock and a referee - game to see which team was truly Durham's finest.

THE SECRET GAME is a deeply - researched and intimate look into the players, coaches, and circumstances that made the game and season special, and the racial climate of a Southern city at the height of Jim Crow.

It's a story of overcoming barriers, and how sports helped bridge the gap between black and white long before the civil rights movement took hold.