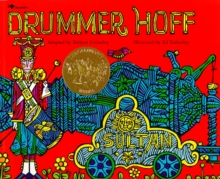 Ed Emberley won the 1968 Caldecott Medal for his bold illustrations for Barbara Emberley's jaunty adaptation of the cumulative folk song about soldiers who build a magnificent cannon and Drummer Hoff, who fires it off.