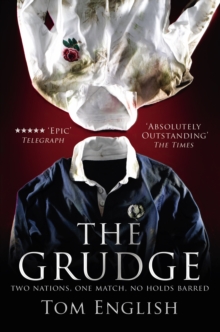 Will Carling's England are the very embodiment of Margaret Thatcher's Britain - snarling, brutish and all-conquering.

Scotland are the underdogs - second-class citizens from a land that's become the testing ground for the most unpopular tax in living memory: Thatcher's Poll Tax.

In Edinburgh, nationalism is rising high - what happens in the stadium will resound far beyond the pitch. The Grudge brilliantly recaptures a day that has gone down in history when a rugby match became more than a game.

This is the real story of an extraordinary conflict, told with astounding insight and unprecedented access to key players, coaches and supporters on both sides (Will Carling, Ian McGeechan, Brian Moore and the rest).

Tom English has produced a gripping account of a titanic struggle that thrusts the reader right into the heart of the action.