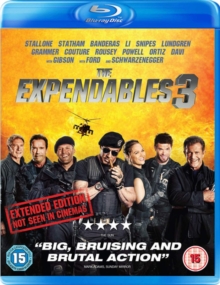 Extended edition of the action sequel in which Sylvester Stallone, Jason Statham and Arnold Schwarzenegger reprise their roles.

Barney Ross (Stallone) comes face-to-face with old nemesis Conrad Stonebanks (Mel Gibson), with whom he originally formed the group of mercenaries known as the Expendables.

However, when Stonebanks turned into a dangerous arms trader, Barney had no choice but to take him out and believed him to be dead - until now.

With some new, younger additions to his team, Barney once again confronts Stonebanks but will the mission be a success this time?