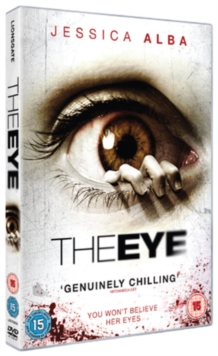 After undergoing a double corneal transplant, her sight is finally restored.

Her post-surgery recovery is helped along by the support of her sister Helen (Parker Posey) and neural ophthalmologist Paul Faulkner (Allessandro Nivolo).

As Sydney adjusts to a dazzling world of shapes and colours she begins to see inexplicable images of death and horror.

At first, these visions are passed off as an after-effect of the surgery, but Sydney is convinced she's seeing something terrifyingly real.

As her friends and family become fearful for her sanity, Sydney realises that the answer to her nightmare must lie with her anonymous eye donor...